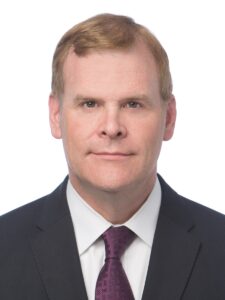 John Baird is a Senior Advisor at Bennett Jones LLP and a former Senior Cabinet Minister in the Government of Canada.

An instrumental figure in bilateral trade and investment relationships, Mr Baird has played a leading role in the Canada-China dialogue and worked to build ties with ASEAN countries. In addition, Mr Baird has worked closely with international leaders to strengthen security and economic ties with the United States and Middle Eastern countries.

A native of Ottawa, Mr Baird spent three terms as a Member of Parliament and four years as Foreign Minister. He also served as President of the Treasury Board, Minister of the Environment, Minister of Transport and Infrastructure, and Leader of the Government in the House of Commons. In 2010, he was selected by Members of Parliament from all parties as Parliamentarian of the Year. Prior to entering federal politics, Mr Baird spent ten years in the Ontario Legislature where he served as Minister of Community and Social Services, Minister of Energy, and Government House Leader.

In addition to his work with Bennett Jones, Mr Baird sits on the advisory board of Barrick Gold Corp., the corporate boards of Canadian Pacific, Canfor Corporation (as Chair), Osisko Gold Royalties, the FWD Group and PineBridge Investments. He also serves as a Senior Advisor at Eurasia Group, a global political risk consultancy.

Mr Baird also volunteers his time with Community Living Ontario, an organization that supports individuals with developmental disabilities, the Prince’s Trust Canada, the charitable office of His Royal Highness The Prince of Wales, and is a board member of the Friends of Israel Initiative. He holds an Honours Bachelor of Arts in Political Studies and an Honourary Doctorate of Law from Queen’s University at Kingston. 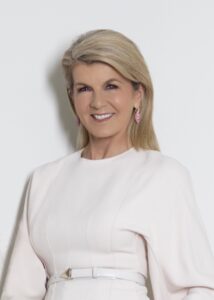 In a political career spanning over 20 years, Ms Bishop also served as Minister for Education, Science and Training, Minister for Women’s Issues and Minister for Ageing.

Before entering Parliament, Ms Bishop was a commercial litigation lawyer for national-based firm Clayton Utz, becoming a partner in 1985, and managing partner of the Perth office in 1994.

Ms Bishop is the Chancellor of Australian National University, Chair of Telethon Kids Institute, Chair of Prince’s Trust Australia, a member of the international advisory boards of Afiniti and the Human Vaccines Project and is the Patron of Shooting Stars – an education program for young aboriginal girls. She is also a member of the Global Board of Advisors of the Council on Foreign Relations. 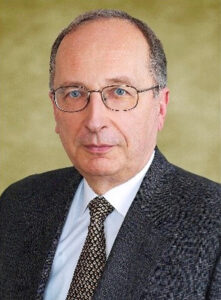 Bob Onyschuk is the President and Chief Executive Officer of Onyschuk Strategic Advisors and the President and Chief Executive Officer of the Australia-Canada Economic Leadership Forum. He is a retired partner of Gowlings WLG specializing in real estate development, the Past Chair of the Canadian Urban Institute and the Past Canadian Chair of the Canadian Australian Chamber of Commerce. He also serves on a number of public and private sector boards and foundations in Canada. 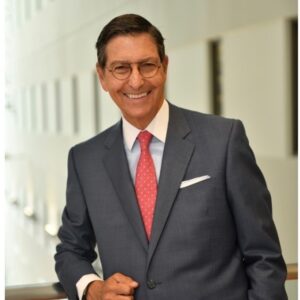 Norman Steinberg is Vice-Chair of BFL Canada, one of Canada’s largest employee-owned and operated Risk Management Insurance Brokerage and Employee benefits services firms. He sits on various boards, including ATCO, BFL Canada, Dorel Industries, Fiera Capital and is Senior Advisor to the private equity firm, Persistence Capital Partners. In the not-for-profit sector, Mr Steinberg is Co-Chair of La Gouvernance au Féminin – Women in Governance, Chair of the McGill University Health Centre Foundation, Chair of the Board of Governors of the Montreal Symphony Orchestra, member of the Executive Committee (and former Chair) of the Mount Royal Club of Montreal, former President of the Canadian Club of Montreal, former Co-Chair of the Centraide (United Way) Campaign of Montreal and former member of the Montreal Museum of Fine Arts Foundation. Prior to joining BFL in 2019, Mr Steinberg was the Chair of Norton Rose Fulbright Canada and the Global Chair of Norton Rose Fulbright, one of the largest law firms in the world with over 4,000 lawyers located in 55 cities around the world. Mr Steinberg’s career at Norton Rose Fulbright focused in M&A, corporate finance and governance, and he led legal teams in some of Canada’s biggest M&A transactions. He holds a B.SC (1971) and a B.C.L (1976) from McGill University. He received the distinction Advocatus Emeritus (Ad. E.) from the Quebec Bar Association and was awarded the McGill University’s Faculty of Law CO-CHAIR BIOGRAPHY F.R. Scott Award for Distinguished Service 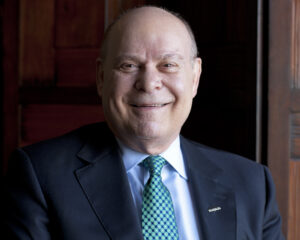 Mark Romoff is a senior international business strategist with proven success in developing and leading economic, political and stakeholder relations, earning multiple recognitions for his contributions to Canada’s economic prosperity, enhanced productivity and global competitiveness. Currently President of MRInsights Inc., he provides advice to government and industry on infrastructure sector-related business development strategies and public policy issues. He is the former President and CEO of The Canadian Council for Public-Private Partnerships and before that Founding President and CEO of the Ontario Centres of Excellence. As a senior diplomat in Global Affairs Canada, he served in Nigeria, Mexico, Malaysia, Japan and the United States. He is a member of the Board of Directors of Infrastructure Ontario; First Nations Major Projects Coalition Advisory Centre; Buffalo Toronto Public Media Board of Trustees; Australia-Canada Economic Leadership Forum; i-CANADA Governors Council; Chair of the Central Canadian Public Television Association; former Vice[1]Chair of the United Nations Economic Commission for Europe Working Party on Public-Private Partnerships; Counsel at Gowling WLG; and a Senior Fellow at the C.D. Howe Institute. He also served as Chair of the Canadian Smart Cities Challenge Jury. He holds a Bachelor of Science from McGill University, a Masters in Applied Science from the University of Waterloo, and is a graduate of the Harvard Kennedy School of Government Senior Executives Program and the ICD Directors Education Program and holds the Certified Director designation. He is also a recipient of the Queen Elizabeth II Diamond Jubilee Medal. 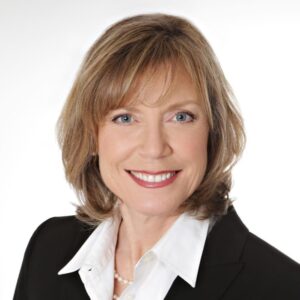 Ann Curran is a senior business executive who has spent her career contributing to the growth of international companies and building key strategic relations between government, business leaders, and community development initiatives. Her strengths include business development, strategy and project management.

Prior positions included President and Board of Director, T.F.C. Inc., a global sourcing, and distribution company with large North American clients. She was also Vice President, Corporate Relations, AIC Limited where she managed key philanthropic, corporate and community initiatives for this large privately held mutual fund company (acquired by Manulife in 2009).

Earlier in her career she worked with the Government of Canada in the Department of Finance and the Canadian International Development Agency.

Ann has an extensive background in leadership, volunteering and fundraising for many community and educational organisations. She is a Member of the Governing Council, University of Toronto, and Vice-Chair, UTM Campus Council. She was Centennial President and served on the Board of the Empire Club of Canada, Canada’s oldest and prominent speaker’s forum of record.

Ms Curran received her Honours Bachelor of Commerce from the University of Ottawa and a Certificate in Corporate Community Involvement from Boston College. 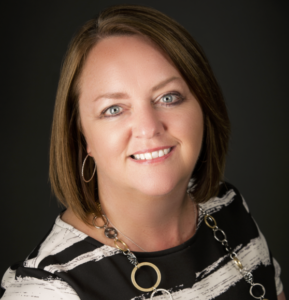 Diane joined the Australia-Canada Economic Leadership Forum in July 2021 and is currently the Director of Events and Development. She also owns an event management firm and has been planning corporate events and incentive travel for over 30 years. Diane has served on several Boards including as President of the Alumni Board of her alma mater and as a Director on SITE Canada’s Board of Directors. She currently is on the Advisory Board for Laurentian University’s Faculty of Management Sports Administration Program and is the Chair of the Program’s 50th Anniversary Reunion Celebration. She holds a Bachelor of Commerce (Marketing & Sports Administration) from Laurentian University and her CITP Designation. She is a long-time volunteer with Acclaim Health.